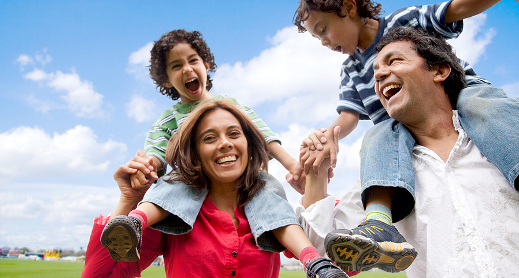 I’ve been noticing a shift in the willingness of social workers, and sometimes judges to place foster children with family. It seems that all the political lobbying foster parents are doing in Sacramento and amongst the County social workers is paying off.

It is imperative that you know the following: YOU MUST FIGHT TO PLACE YOUR CHILDREN WITH FRIENDLY RELATIVES at the very beginning of the case; otherwise you risk losing them to adoption to the foster parent. This is rarely fought about during these juvenile dependency cases. And it should be something that should be raised by your attorney at each and every hearing; and if it is not completed (i.e., the child actually placed with a relative), your attorney should have a trial on this, and perhaps other issues, at the Disposition Hearing. Please read, read and re-read California Welfare and Institutions Code section 309. And if necessary have your attorney have a trial on these issues at the Dispositional Hearing.

The first case from Riverside County. The relatives who wanted the child lived in Oklahoma. They were cousins of the mother. They contacted the social worker at the very beginning of the case, 3 days after the first hearing, the hearing commonly known as the arraignment detention hearing.   Short after that hearing, the child was placed with a local foster care family. Turns out, the foster parents were a young couple, who couldn’t have children and wanted to adopt this child. And under a concept in the law called Concurrent Planning, the county social worker supported the foster parents desire to adopt.

Second, the social worker informed the relatives that the child could not be placed in their home without an Interstate Compact Placement of Children (“ICPC”) approval from Oklahoma. An ICPC is a report prepared by the receiving state social worker approving the Oklahoma relatives. All of this is true. But, the social worker told the relatives that this could not even be requested or initiated until at or after the disposition hearing; which in this case, was months down the road. This was false. ICPC can be initiated at any time. And remember, the foster parents and the child are living and bonding during all this time.

Third, the social worker had the opportunity to initiate and request and Expedited ICPC, which is completed in 30 days. For whatever reason, she did not. Had she done so, the child could have been placed with the relatives quicker and faster.

While all of this was pending, the parents’ parental rights were terminated at the Welfare & Institutions Code section 366.26 hearing.

The next case is out of San Diego County. The child was taken from the parents based on the allegations that mother had mental and emotional deficits, and that the father was responsible for the death of a sibling. The child was placed in a single parent foster home.

As it turns out, the social worker claimed that she was never told of any relatives that wanted the child placed in their home. And as it turned out, there were 3 relative families in San Diego, one in Arizona, one in Colorado, one in Alabama and one in Korea. The Arizona and Korea families were stationed in that locale, as part of the United States Armed forces. It appears that the social worker either spoke to, or had the chance to speak to some of these relatives, but never inquired if they wanted the child; instead waiting for the relative to take some affirmative action to have the child placed in their homes.

This is not the law in California. California Welfare and Institutions Code section 309, requires the social worker to search out and find, and to use “due diligence” to find relatives. If you think about it, this is an onerous burden for the social workers, but it is the law. And the biggest problem is that most attorneys are not familiar with this particular law, or choose not to fight for it, or enforce it at every hearing, especially the disposition hearing. In this case, it was conceded that there was no due diligence filed with the court. And honestly, after 25 years of practice as an attorney in this area, I’ve never seen a due diligence for relatives filed with the court. I take that back, San Francisco uses an outside service to locate relatives, but I don’t think it was filed with the court. But there, one of the relatives informed me that she did get a call, but the caller basically called to talk her out of wanting to have the child placed in her home. And the relative went along with the recommendation that the child not be placed in the relative home.

Yet, despite these facts, the court left the child in the foster home because the child had formed a bond with the foster parent.

Here’s the funny part. The number one relatives was the maternal grandparents, who were both medical surgeons from El Salvador. Both traveled to/from the United States frequently, visiting and working in the United States. Both came to the San Bernardino, and the court was informed that they would stay there as long as necessary to keep the children, and to get them out of foster care. Turns out the grandfather had a United States Visa that expired in 2021, and the grandmother had a Visa that expired in 2018.

WIC 309 states that the immigration status of the relative care takers cannot be considered. So if you are undocumented, that cannot be used against you in getting your relative children placed with you. Notwithstanding, the social worker told the grandparents after they arrived in California, that they could not have the children because they weren’t citizens. And the worker’s attorney argued in court that since they were not permanent residents, they children could not be placed with these grandparents. And initially, the court seemed to go along with that, but began reversing when I pressed the matter.

After a trial, the judge informed me that the children should be placed with the mother, my client, after her home was checked out, and after we filed a Restraining Order against the father. It seemed that I had pushed the relative placement issue so hard, the court decided just to place the children back with the mother. Maybe it was easier than investigating 25 relatives, and dealing with the Immigration issues.

We offer free initial consultations, and we can offer an extended case analysis and consultation for a nominal fee. Also we are available to represent you in your juvenile dependency matter as a parent, relative or foster parent. Check our website for news on the monthly Juvenile Dependency Law seminars in a city near you.