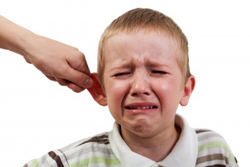 An accusation of child abuse is a very serious charge. These charges are often started with by a school teacher, a school nurse, even a neighbor who phones in an anonymous tip to Child Protective Services. A significant percentage of child abuse allegations are later determined to be false. False or not, if the case goes to trial, particularly in the case of a child sexual abuse accusation, the entire “system” (including the jury) will often favor the child – no matter what the facts might be. This can result in many years in state prison, as well as registration as a child sex offender for life.

Child abuse is an extremely serious charge and can fall under several different categories including:

If you are under investigation or being accused of abusing or molesting a child, your life can be changed forever. The only thing you can do to offer yourself the best chance of avoiding the many harsh and permanent consequences of a child abuse conviction — including the possibility of termination of parental rights — is to work with an experienced child abuse defense attorney who can aggressively assert your rights in court. You should immediately consult with an experienced Southern California criminal defense lawyer to discuss your situation.

Unfortunately, in order to defend yourself against allegations of child abuse or molestation, you must first understand harsh reality of our criminal justice system when it comes to children. In all charges with the word “child/ren,” unlike what you learned in elementary school, you are presumed GUILTY until you prove otherwise. Talking to law enforcement or to family members is not recommended and will only make your situation worse.

One of the reasons that child abuse charges are so difficult to defend against is because there are often no witnesses and very little tangible evidence. These are often “he-said – she said” cases where the whole case can depend on the credibility of the defendant versus that of the victim. There are many reasons why a child might fabricate a false allegation and fail to tell the truth about being abused, such as:

Child Protective Services social workers “cross-report” any allegations that they even remotely suspect as being true to the local police, sheriff as well as the local District Attorney. If you are being called or visited by CPS or DCFS agents, you should prepare yourself for a possible visit from the police attempting to collect evidence to substantiate those charges. The following quote is from the U.S. Department of Health & Human Services website:

Law enforcement officers tend to view child abuse and neglect not as a social problem, but rather in the context of criminal law, and in “most States, all or most all forms of reportable child abuse or child neglect are crimes.”1 Consequently, officers generally focus their energy on preservation and collection of evidence for criminal prosecution.

The penalties for a child abuse conviction may include the following: