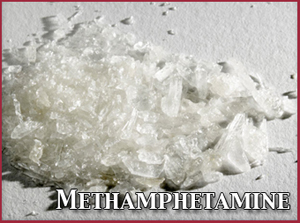 Any criminal charge related to methamphetamine (also known as meth, crystal meth, ice, or speed) is very serious. In California, it has become common to charge methamphetamine offenders with multiple charges and maximum sentences – – often so prosecutors and political appointees can claim that they are “tough on crime.” If there is any evidence of violence or firearms possession in conjunction with a methamphetamine charge, punishments can be even more severe. If you are facing methamphetamine-related charges in Southern California including Los Angeles, California, Riverside, and San Bernardino counties, you need an experienced criminal defense attorney on your side.

Southern California Criminal Defense Attorney Vincent W. Davis represents clients who are charged with meth-related crimes whether the charges are federal or state, including:

Meth Charges and Convictions Are Some of the Harshest 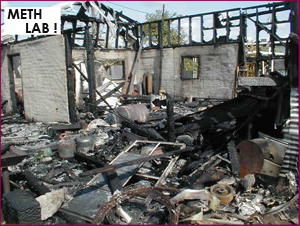 Because society in general, and law enforcement in specific, considers methamphetamine a dangerous drug, and because some of the manufacturing processes for making it often cause dramatic and dangerous explosions and resulting life-threatening fires, sentences for meth-related crimes are very harsh.

In many cases, prosecutors will charge meth manufacturers with unlawful manufacture in the first degree, rather a lesser, perhaps more appropriate, second-degree manufacture charge. That moves the charges to a “Class A Felony” which comes with serious prison time. Moreover, prosecutors will often charge you with add-on felonies if they believe they can prove that you sold or “distributed” methamphetamines (especially if to a minor), or caused an explosion or a fire –even if accidental. Considering the extra charges found in meth cases, many meth convictions put people in prison for longer sentences than a serious violent crime would receive.

Possible Defenses to a Meth Charge

A skilled criminal defense attorney, like Vincent W. Davis, can raise a number of powerful defenses. Often “meth lab busts” are conducted hastily and law enforcement doesn’t always follow all the rules they might otherwise if the “bust” was better planed and executed. Furthermore it is very possible that innocent individuals were inadvertently arrested in the bust or that those arrested had their civil rights ignored or trampled over. Attorney Davis will carefully investigate law enforcement’s actions and the prosecution’s case to look for any of these case-damaging flaws or civil rights violations, which often times can get your charges dropped, dismissed, or reduction of felony charges to a misdemeanor or even an infraction. Other flaws and violations Attorney Davis will be looking for, include –but are not limited to:

If law enforcement did everything “by-the-book” and there were no rights violation or other flagrant issues, Mr. Davis has had many successes challenging sloppy evidence, or invalid assumptions regarding “intent, knowledge and possession.” Intent, in particular, is very difficult to prove, and the mere presence of meth in your car or home doesn’t automatically translate smoothly to “possession.” If the case against you is rock solid, it may be in your best interest to have your attorney argue on your behalf for a drug diversion program instead of a jail or prison sentence.

When it is advantageous to take your case to trial, Vincent W. Davis is a seasoned-veteran –a serious felony trial attorney with 26-years of courtroom experience– who will build a thorough defense using private investigators when required; use expert testimony or any other necessary resources to argue for a “not guilty” verdict.