Juvenile Dependency Lawyer Vincent W. Davis is one of the few expert parent’s rights attorneys in all of Southern California who specializes in defending parents, grand-parents, foster parents and other guardians from accusations of child abuse and child neglect. Juvenile Dependency is an extremely specialized and unique area of the law in which very few attorneys practice and where very few have the experience necessary to truly be effective. Parent’s Rights attorney Vincent W. Davis defends parents and other guardians from charges of child abuse and neglect leveled at them by CPS social workers and investigators from the various county Child Protective Services agencies in Southern California. Vincent is one of the few experienced and widely-recognized Juvenile Dependency experts in this very specialized field of law having handled more than 1,000 cases here in Southern California alone.

Parents are Routinely Victimized by CPS and DCFS 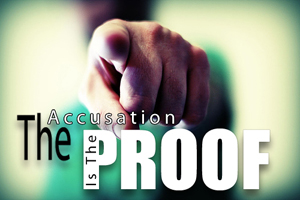 Probably no other public agencies leave victims and supporters more perplexed than Child Protective Services. On the one hand, supporters and the public at large think of CPS with admiration and appreciation as they envision these county-operated agencies rescuing innocent children from horrific conditions. To their credit, CPS social workers across the country do this fairly regularly. The appreciation is often well-earned.

Unfortunately, at the very same time, these same agencies are perpetually getting caught orchestrating nightmare over reaches of government power and abuse perpetrated against innocent parents and guardians, and are often proven in court to have manipulated, lied, and fabricated evidence to push what appears to be an
underlying CPS agenda whereby the norm held by a significant percentage of social
workers is that:

Mandated Reporters – Teachers, counselors, school nurses, doctors and a number of other professionals are supposedly legally obligated to report to the their county CPS or DCFS (Los Angeles County Department of Children and Family Services) agency what they interpret as signs of child abuse. Unfortunately, a significant percentage of these reports filed with CPS/DCFS are based on otherwise-innocent happenings re-told by young children to doctors and school nurses reporting everyday bumps and bruising from normal child activities and simple roughhousing. These professionals mistakenly believe that state law REQUIRES them to file the report with Child Protective Services – when it does not. Well-meaning school professionals file countless false-accusation reports every day – many that should never have been filed! 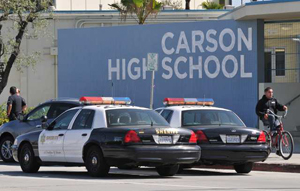 The “Mandated Reporters” law actually gives these professionals more leeway on who to inform – but the nanny-state culture of many CPS and DCFS social workers who train school staff, for example, never share the latitude offered in the actual law. Why is this important? For starters, following the 1999 Columbine High School shooting coupled with the 9-11 attacks of 2001, almost every elementary, middle or high school in America now has a police officer assigned to the school – all day – or at the start and end of the school day. That police officer could be notified and resolve the issue right then and there. Needless lives are ruined by many of these mandatory reports that are always sent to very aggressive CPS agencies. Read the section about the latitude offered in the actual LAW here.

Cross Reporting – In California the mere accusation or suspicion of “child abuse” is all that many CPS social workers require to trigger “mandated cross-reporting” where the law demands that the social worker “cross-report’ to other government agencies and vice-versa. What does this mean? This means whichever agency receives the initial report must immediately send copies of the report to other designated agencies. Typically it is CPS or DCFS which receives the initial report from a “mandated reporter” such as a teacher, or even an anonymous tip from a neighbor; causing CPS to immediately send a copy of the report to local police, Sheriff, and the District Attorney’s office. As a parent or guardian this means that if you have been contacted by a CPS social worker or investigator inquiring about child abuse, be ever-vigilant as the police may soon be on your doorstep as well. If you are being investigated by CPS or DCFS you should seriously consider calling an attorney for a free consultation so that if the police do show up you know what to do and what not to do. 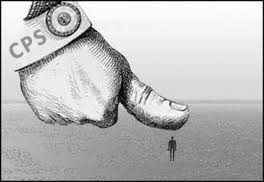 The level of proof that CPS is required to put forth is so minimal that parents don’t stand a fair-chance as in any other area of the law. The CPS system is so arbitrary, sexist, secret, abusive, prejudiced, and outdated, that it often marches forward with the full force and authority of the state based on mistaken interpretation of facts or outright false accusations. Parents, grand-parents, foster parents and other guardians have so little power when overwhelmed by the POWER of the government in the Child Protective Services courtrooms that without a private attorney in their corner they are but a number who can plead their case in front of a judge for about 10-minutes and then not again for weeks (and in many courts the parents are not permitted to speak for themselves!).

Juvenile dependency attorney Vincent W. Davis knows that when the state becomes involved in a family’s life, it can be a frightening and overwhelming experience. Most parents never imagined that they would be accused of child abuse or child neglect and need the help a powerful advocate to help reunite their families. Juvenile dependency attorney Vincent W. Davis has the experience and 20-years of personal connections that come from more than 1,000 Juvenile Dependency cases. Vincent will use his knowledge and skills on behalf of parents who seek his assistance. No need to feel embarrassed… Attorney Vincent W. Davis has seen every imaginable case and understands that “life happens.” Vincent is here to help the parents facing the most serious allegations battle their charges of child abuse and neglect with skill and compassion.

Often times, a parent will face criminal charges, as well as fighting the Juvenile Dependency matter. Moreover, there can be overlapping family court issues. Vincent can also handle any related Family Law issues or the criminal case that you may also be facing. It is important that you hire an attorney who knows the inner workings of both the Juvenile Dependency Court and the California Criminal Courts, as one case could impact the other and having two separate lawyers would be both expensive and far less-effective.

Southern California juvenile dependency attorney Vincent W. Davis believes that everyone is entitled to the best possible defense and that money should not preclude any parent or guardian from retaining Vincent W. Davis to fight for them. In addition to offering affordable legal rates to start with, we can also arrange financing on an individual basis, and we accept credit cards from you or supportive family members to ensure that every family has access to the best Juvenile Dependency defense available anywhere.