If the police should come knocking on your door wanting to ask a few “simple” questions about a sex crime, you should be afraid — very afraid. 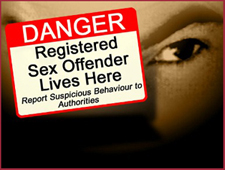 People who are charged with sexual assault or child sex offenses will be facing hostile prosecutors and harsh public opinion. Most people, including your family, friends, neighbors and co–workers –even some criminal defense attorneys– often believe charges about those accused of sex offenses. Vincent W. Davis, after 26-years of criminal defense work, knows that not all people accused of sex offenses are, in fact, guilty of the charges. Mr. Davis believes that those facing sexual charges deserve the best possible defense and representation.

You need to know that the mere accusation of a sex crime can literally ruin your personal and business reputation. A conviction of a sexual crime can lead to the loss of your job, your family, and your very freedom. Even after you think the nightmare has come to an end, you could find your name and your picture (mug shot) on the Internet for everyone to see for the rest of your life.

Fighting For the Rights and Freedom of Those Accused

At Vincent W. Davis & Associates, we are expert in criminal defense including serious felonies and focus our practice to protecting the rights of our clients and preserving their freedom. As an experienced and respected defense lawyer, Vincent W. Davis, has successfully defended many clients facing serious life-altering charges. In some cases, we have actually stopped the investigation of our clients, resulting in no charges ever being filed: no court trial, no public record of a trial or conviction. In other cases, we have obtained reduced and mitigated charges including significantly lesser penalties, while in other cases, we have won acquittals in actual jury trials.

When you are a suspect in a sex crime, or facing serious felony charges, choosing the right attorney is critical! Vincent W. Davis has a solid reputation for outstanding case results including many acquittals and dismissals spread over a 26-year career of defending those facing serious felony charges. No matter what stage your sex crime case is in, whether you’ve only been accused or already charged, you need to contact an experienced Southern California criminal defense lawyer.

Sex crime cases can be won or lost through case preparation, use of the right expert witnesses, and the experience of your legal defense attorney. Vincent W. Davis is experienced in the defense of people charged with sex crimes. Moreover, Mr. Davis is known for his tenacious, and tough defense of his clients.

Unfortunately, many times people, during the course of a police interrogation, confess to committing sex crimes such as sexual assault, child abuse or rape. Even in such cases where the confession is ruled to be not admissible at trial, an experienced defense lawyer still has his work cut out for him keep his client from going to prison. When you hire attorney Vincent W. Davis, he will fight to help you avoid lifetime registration as a sex offender and avoid a prison sentence. Vincent W. Davis has handled 1,000’s of court cases and trials. He has defended clients against many different kinds of serious criminal offenses in courts all over Southern California including Los Angeles, California, Riverside, and San Bernardino counties.