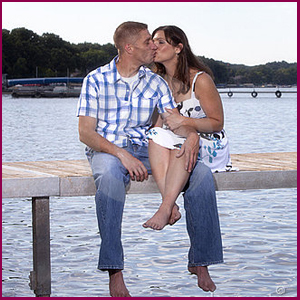 Statutory Rape is defined as sexual intercourse with a female below the age of consent (18 in most states) but above the age of a child (usually 14). The theory behind the creation of the “crime” of statutory rape is that the girl is incapable of giving her consent, although marriage with a parent’s consent under the age of 18 is allowed in some states.

Statutory Rape is a crime which California law specifically calls “Unlawful Sexual Intercourse.” It does not matter to law enforcement if the people involved were having consensual sex or if the girl is 17-years 10-months and the boy (new adult) is 18-years and 1-day – all that matters is that the sexual activity was with an underage victim. Even when two people are seriously dating, perhaps with a wedding date in mind, a statutory rape charge can still be filed and enforced in a court of law. If the age difference is less than three years, the crime is a misdemeanor. If the age difference is greater than three years, the crime is defined as a “wobbler,” which means that it could be charged as a misdemeanor or a felony.

A charge of statutory rape must be taken just as seriously as if you had abducted and forceably committed a brutal rape of an innocent stranger. A conviction for Statutory Rape can result in severe penalties including prison time and lifetime registration as a sex offender. Sex offender registration is not only a lifelong requirement, it is a huge, embarrassing, socially-stigmatized burden as if you were compelled to wear a scarlet letter on your chest until you die. Sex offender registration will certainly result in your neighbors all knowing you are a “sex offender,” with your name, address, vital statistics all available to be viewed on websites for the rest of your life. Furthermore, your ability to find a place to live, a home that is not close to a school (virtually impossible), find a job, have future professional opportunities, or even find a mate are all at stake.

Please understand that accusations of statutory rape can be reported by any person, not just the alleged victim. Very often, statutory rape allegations are made by parents. In such cases, even if the girl does not want to press charges, or asserts that sex was totally consensual, aggressive prosecutors will often pursue these charges. Other typical situations is when there is a break-up or falling out of a young couple in a common boyfriend-girlfriend relationship; the girl, perhaps not understanding the long-term consequences of what she is doing decides to claim/charge statutory rape as a “get even” weapon: an overly powerful one at that.

Upshot? Statutory rape and other sex charges are very often falsely alleged out of jealousy, anger, or revenge. In other words, people use trumped up charges against people who are innocent and would not have been accused – but for a new dynamic that causes one to “get even” using the police and judicial system as a weapon. False accusations and wrongful arrests represent a significant percentage of bogus California statutory rape charges filed each year.

Without aggressive defense by a skilled criminal law attorney, a defendant may face the following penalties for a statutory rape charge in California:

Penalties for Statutory Rape in California: