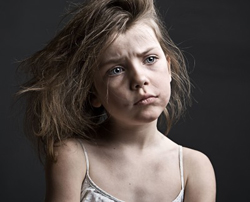 If you are accused of child abuse or neglect, then you must understand the definition and laws that your accusers are basing their accusations upon. Let’s look to the Federal Government and our local counties’ interpretations.

Federal Government – On its website, The U.S. Department of Health & Human Services requires that all states create their own laws based on the minimum standards set by Federal law and those state laws shoud define child abuse and neglect as, at minimum:

Los Angeles DCFS – on its website, the Department of Children and Family Services define Child Abuse as follows:

If you have been “accused” by being reported to Los Angeles DCFS by a neighbor, very likely they went to the DCFS website to get the phone number of the agency to make their report. The DCFS website’s FAQ page repeatedly encourages the website visitor to report any possible abuse or neglect:

TO BREAK THE ABUSE CYCLE, THE COMMUNITY….YOU….MUST BECOME AWARE OF HOW SERIOUS THE PROBLEM REALLY IS….AND DO SOMETHING ABOUT IT.

In today’s “get-ur-done” culture, many people will simply call the hotline after reading the website and being “encouraged to report suspicions” rather than make sure their perception of you and your family interactions are really “abusive.” Unfortunately, once that hotline call has been made, many innocent parents are in for a legal ride that the “accuser” may have had no idea they set in motion.